The Louisiana state Senate has approved a novel pro-life bill that ensures representatives of abortion clinics don’t have access to public schools.

“HB 305 provides that no representative of a business or organization that performs abortion may provide instruction in schools that receive state funding,” Louisiana Right to Life says. “This will ensure that organizations with financial interest in abortion, like Planned Parenthood, cannot teach children.”

Elementary school class outside The Senate voted 31-5 Tuesday to give final passage to the measure, which now heads to pro-life Governor Bobby Jindal. He is expected to sign it into law as he has signed so many other pro-life bills.

“Bogalusa Sen. Ben Nevers, a Democrat who handled the bill in the Senate, says the measure makes sure that people with a financial interest in promoting abortion can’t speak to students,” AP reported. “New Orleans Sen. Karen Carter Peterson, a Democrat who opposed the proposal, described it as an effort to keep medically-appropriate sex education out of Louisiana schools.”

Author of HB 305, Rep. Hoffmann (R-West Monroe), said:”This bill isn’t about sex education. This is about abortion businesses teaching in schools.” Proponents of HB 305 also mentioned that teenagers often struggle with post-abortion syndrome which include depression, anxiety, thoughts of suicide and guilt.
Dorinda Bordlee, senior counsel with Bioethics Defense Fund who has drafted other key bills stopping abortions in Louisiana, tells LifeNews she is available to help other states get this important legislation in place.

“Louisiana families should know that their children aren’t be targeted by groups that have financial incentives to subtly sell abortion and other irresponsible behavior that is dangerous to the health and safety of children,” she said. She aid pro-life groups should work to “stop abortion organizations from accessing school children.”

The Louisiana Senate also approved two other pro-life bills that will head to Jindal’s desk.

HB 1262 provides life-saving information about the psychological impact of abortion and on the dangers of the sex trafficking industry to women prior to an abortion.
HB 1274 provides life-sustaining procedures for pregnant women.
Bordlee said HB 1262 will ensure that victims of sex trafficking who are often coerced into abortion clinics receive a “Point of Rescue” brochure. The Point of Rescue brochure will offer resources for women and girls who are victims of the sex trade. It will also offer women hotlines for free counseling before abortion, as well as post abortion counseling if they are experiencing psychological trauma of abortion or have experienced coercion.

Rep. Badon (D-New Orleans), author of 1274, discussed the importance of life-sustaining care for pregnant women. He said: “This is a simple bill that gives the unborn child a voice in an unfortunate situation”. Senator Nevers also explained why he supports the bill. He said, “If I have to decide, I will side on the side of life”. 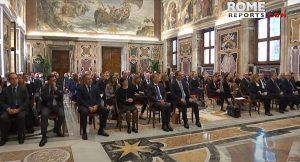 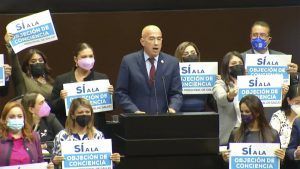