The North Carolina Attorney General will appeal a federal appeals court’s ruling striking down a North Carolina law allowing women a chance to see an ultrasound of their unborn child before an abortion is done.

The U.S. Court of Appeals for the 4th Circuit struck down a North Carolina law requiring a 24-hour waiting period and informed consent of a woman before an abortion is performed. In January 2013, a district court imposed a temporary injunction on the law, claiming that its mandated disclosures about abortion are an unconstitutional imposition of “the state’s philosophic and social position discouraging abortion,” rather than being factually based.

ultrasound4d31The appeals court agreed and essentially said that showing women an ultrasound before an abortion and giving them information on abortion’s risks and alternatives unconstitutionally has the state of North Carolina taking sides in the abortion debate and making abortion practitioners its spokespeople.

According to AP, Roy Cooper, the state attorney general and a Democrat considered to be a 2016 gubernatorial candidate, says he will appeal the ruling. he says he does not support the pro-life law but believes it is his office’s obligation to defend laws the state legislature passes.

Nevertheless, he plans to seek clarity from the U.S. justices on the mixed opinions from other U.S. circuit court panels on similar topics.

The courts have upheld ultrasound laws in Texas and struck them down in Oklahoma.

Rep. Paul Stam, a Republican from Wake County, issued a statement on Tuesday, praising the request for review from the country’s highest court.

A study shows 99% of abortion clinics do ultrasound prior to the abortion to determine the age of the baby beforehand. The question then becomes whether the abortion practitioner will allow women to see the ultrasound beforehand — and most do not.

“Pro-life laws provide women with crucial information that they wouldn’t otherwise get from abortionists,” said Aden. “The court was wrong to view these reasonable disclosures of fact as merely ideological. This law simply provides women the adequate time and information they need to make such an important decision.”

“Abortionists should not be exempted from the standard that anyone performing risky surgery fully inform the patient of what the procedure is and what it does. Giving women the information they need before such a weighty decision is more important than any abortionist’s bottom line. Because this law places the best interests of women and their children first, we hope that it will ultimately be upheld,” he added.

“Women in need deserve laws that are in the best interest of their physical and emotional well-being, and that take into consideration their unborn child,” added Aden.

“The State has a compelling interest in ensuring that women are not rushed or coerced into having an abortion,” the brief in Stuart v. Camnitz explains. “The General Assembly could appropriately take notice that some women who seek to obtain an abortion may have been pressured into doing so, and that women who have the opportunity to see and hear specific information about fetal development have time to ponder the decision and a chance to discuss it with their physician.

Mary Spaulding Balch, J.D., director of state legislation for the National Right to Life Committee, responded to the lawsuit the abortion advocates files, saying, “What are abortion advocates afraid of? Probably that when mothers see the recognizable images of their unborn children as they kick and move inside the womb, with beating hearts, abortionists will lose business.”

Balch added: “As U.S. Supreme Court Justice Anthony Kennedy wrote in Gonzalss v. Carhart in 2007, ‘Whether to have an abortion requires a difficult and painful moral decision….The State has an interest in ensuring so grave a choice is well informed. It is self-evident that a mother who comes to regret her choice to abort must struggle with grief more anguished and sorrow more profound when she learns, only after the event, what she once did not know…’”

“This law would protect a mother’s right to receive vital information prior to making a life or death decision about her unborn child,” said Mary Spaulding Balch, director of state legislation for the National Right to Life Committee.

“We are disappointed by the decision of the Court striking down North Carolina’s Ultrasound law,” Barbara Holt, executive director of North Carolina Right to Life, told NRL News Today. “Turning the screen at an angle where the mother may view it if she wishes is very little to ask, considering that a human life hangs in the balance.”

She noted that “Ultrasound technology has made tremendous advancements and provides a window to the womb that allows mothers to see their unborn children in real time. It is absolutely vital that a woman, at this most crucial life-and-death juncture, be provided all the information possible about the abortion procedure and the development of her unborn child. Simply put, the abortion decision cannot be undone. Women deserve all the facts.”

Holt added, “We will continue to work and urge the legislature to pass legislation that seeks to protect mothers and their unborn children.”

The informed consent bill provides that a booklet containing scientifically accurate information about risks, alternatives and information on the development of the unborn child, compiled by the Department of Health and Human Services, be offered to the mother at least 24 hours prior to an abortion so that she might have the opportunity to read and understand the information. It also provides that an ultrasound image of the unborn child be displayed at least four hours prior to an abortion so that the mother might view it.

“The abortion industry, working in league with Governor Perdue, attempted to place a financial bottom line above the rights and protection of mothers,” Balch added.

U.S. District Judge Catherine Eagles in Greensboro issued the initial ruling about the law, which also provides for a 24-hour waiting period before an abortion. The lawsuit, filed in the Middle District of North Carolina, claims the new law violates the rights of women and abortion facilities.

The law is important because women frequently complain they were not shown any ultrasound information before the abortion even though abortion centers routinely do them to determine the age of the unborn child at the time of the abortion.

The pro-life measure received approved from the state legislature this summer and became law when lawmakers overturned a veto from pro-abortion Governor Bev Perdue, a Democrat. The measure helps women obtain information about abortion’s risks and alternatives they may not otherwise receive before an abortion. The bill also allows women a chance to see an ultrasound of their unborn baby, something abortion centers routinely do but don’t let women see.

Planned Parenthood Health Systems, Planned Parenthood of Central North Carolina and the Center for Reproductive Rights, a New York-based pro-abortion legal group, joined the lawsuit the ACLU filed. But Rep. Ruth Samuelson, a Mecklenburg County Republican who sponsored the bill, told AP she expected the law to survive the legal challenge and said it is in the best interest of women to have it in place.

The Woman’s Right to Know bill, H 854, is similar to legislation other states have passed and is proven to reduce abortions. When women are given information about abortion that Planned Parenthood and other abortion businesses don’t routinely provide, they frequently consider alternatives.

Some 34 other states already have a waiting period on abortion on the books and Republican Sen. Warren Daniel of Morganton, on the Senate floor, told lawmakers, “We know statistically that this type of legislation helps to make abortions more rare.” He said the bill could reduce the 30,000 abortions in North Carolina annually by as much as 10 percent. 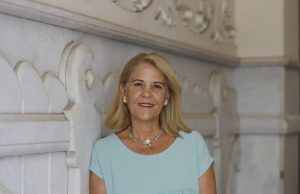 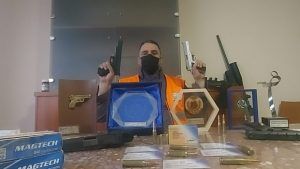