Stockholm, Sweden, Jan 4, 2016 / 04:28 pm (CNA/EWTN News).- For years, Ellinor Grimmark had dreamed of being a midwife in her Swedish hometown of Skarstad.

But those dreams were shattered when a Swedish court told her that if she wished to help bring new life into the world, she must also be willing to end those new lives before birth.

On Nov. 12, the district court of Jonkoping County Council in Sweden ruled that midwives must be willing to perform abortions because “the region has an obligation to ensure that women have effective access to abortion” and because their employers require them to do so.

“To become a midwife has been a dream of mine for many years,” Grimmark told CNA. “It is, without a doubt, the best job in the whole world. It has to be – to be right there when a child takes its first breath. It’s indescribable.”

“I believe it’s important that people have the right to listen to their conscience and avoid certain things that go against their deepest convictions, especially when it comes to very important issues concerning life and death,” Grimmark said.

“Employers should not have the right to discriminate against a person’s beliefs. That is against the law, but they do it anyway,” she added.

Grimmark, a devout Christian, grew up in the Swedish countryside outside of the city of Jonkoping with her four sisters and brother. She currently lives nearby with her husband and two children.

Grimmark obtained a Master of Science in Nurse-Midwifery from the University of Skovde in January 2014. Before graduating, she applied for work as a midwife at several women’s clinics.

In November 2013, Hoglandssjukhuset women’s clinic hired her, only to later deny her employment because of her views against abortion, according to her lawsuit. She has a similar experience a few months later at Ryhovs women’s clinic. The lawsuit said she was told by management that assisting in abortions was part of belonging to a women’s clinic.

In January, Varnamo Hospital’s women’s clinic also withdrew a job offer from Grimmark after discovering that she had filed a religious discrimination complaint against Hoglandssjukhuset with Sweden’s Equality Ombudsman. The head of Varnamo Hospital told Grimmark that employees were not allowed to publicly oppose abortion, the lawsuit said.

“The rights of conscience are explicitly recognized in international law,” Ruth Nordstrom, who is legally representing Grimmark, told CNA. “According to the European Convention of Human Rights, Article 9, which is directly applicable to Swedish law since 1995, everyone shall have the right to freedom of thought, conscience and religion.”

“The Grand Chamber of the European Court of Human Rights has also explicitly affirmed that rights of conscience for sincerely held religious and moral beliefs fall within the scope of Article 9 of the Convention,” said Nordstrom, who also serves as president of the Scandinavian Human Rights Lawyers.

“Moreover, in 2010, the Council of Europe Resolution 1763 established that healthcare professionals shall not be coerced or discriminated upon because of refusal to perform or assist in any act that could end a human life at its beginning or end,” she added.

Sweden’s abortion law currently permits state-funded abortion until the 22nd week of pregnancy. When the Swedish Abortion Act was drafted in 1974, the Swedish parliament committee on health and welfare said medical workers would not be forced to participate in abortions if they had ethical or religious objections.

“Sweden had previously allowed individual hospital managers to accommodate midwives and doctors who don’t want to participate in abortions,” said Grimmark. “But now, hospitals and politicians are stating that a condition for work is to perform abortions.”

“I now have to work in Norway because I am no longer welcome to work in Sweden. It is clear that Sweden needs a legal precedent to protect the freedom of conscience of healthcare workers.”

The hospital Grimmark currently works for in Norway submitted a letter to the Jonkoping County Council on her behalf. The letter stated that she does her job well and is very diligent. It also said that her refusal to assist in performing abortions has never caused any problems for patients or co-workers.

In April 2014, the Swedish Equality Ombudsman ruled against Grimmark, claiming that the hospital refused to hire her “not because of her religion, but because she was not prepared to perform duties that were part of the job description.”

“A midwife is responsible for the care of the mother and the child before, during and after childbirth,” Nordstrom said. “The requirement to perform abortions cannot be a litmus test for employment as a midwife or nurse.”

“According to the Swedish Discrimination act, all employers have an obligation to cooperate with workers to obtain equal rights and opportunities in working life regardless of their religion or beliefs,” she said.

The controversy comes at a time when Sweden is experiencing an acute shortage of midwives.

In 2014, Sweden’s National Board of Health and Welfare conducted a survey that showed that in Gothenburg – the second largest city in Sweden – 50 percent of midwives feel that they are overworked and face too high levels of anxiety.

The survey also revealed that patient safety was in jeopardy in Malmo, the third largest city in Sweden. Skane University Hospital attributed the problem to staff shortages, while Soder Sjukhuset – one of the largest hospitals in Stockholm – has called the situation worrisome and said that it would like to recruit 20 new midwives.

“Already in Sweden there is a massive shortage of midwives,” said Robert Clarke, legal counsel for ADF International, which has submitted a friend-of-the-court brief on behalf of Grimmark.

“Removing willing and able midwives over such a highly politicized and polarizing position not only hurts midwives, it also directly hurts the patients who are receiving inadequate medical care because of the shortages,” he added.

“It is particularly surprising that the Health Region of Jonkoping, would rather lose competent healthcare workers to Norway than grant them freedom of conscience,” Nordstrom said.

“Sweden’s current work ban on midwives with a conscientious objection does not meet the statutory requirements for patient safety and contradicts the right to safe maternity health care. This is not in the best interest of patients.”

Grimmark and her attorney are now filing an appeal with the Gota Hovratt, a court in Jonkoping. They are hopeful about the outcome of the appeal.

“Religious freedom is being curtailed dramatically in many respects in Europe, and especially in Sweden,” said Nordstrom. “If Ellinor’s case is brought to the European Court of Human Rights, it will have a major influence on religious freedom in every country in Europe.”

“The District Court only examined if Ellinor was discriminated because of her religious beliefs and did not at all examine the relevant case law of the European Court,” said Nordstrom. “It is remarkable that the court states that the question of freedom of conscience should only be examined if a person is not religious.”

“The fundamental question is: ‘Is there room for conscience and ethics in the Swedish healthcare system?’”

“Wonderful people have been sending me letters, flowers and other gifts to show their support,” she said. “Many people have told me that they are praying for me and my family. I’m so grateful to God for all these people.”

“As a midwife, I want to exercise a profession which defends life and saves lives at all cost,” she emphasized. “Somebody has to take the little children’s side, somebody has to fight for their right to life.”

“A midwife described to me how she had held an aborted baby in her arms, still alive, and cried desperately for an hour while the baby struggled to breathe. These children do not even have a right to pain relief. I cannot take part in this.” 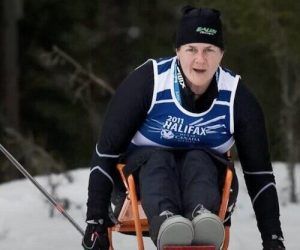 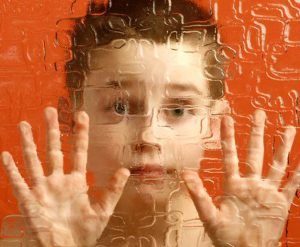 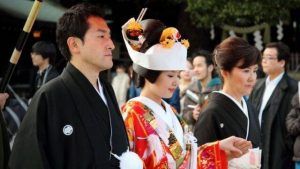 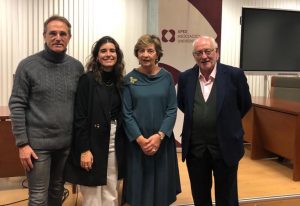