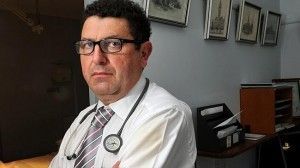 A DOCTOR risks being deregistered because he allegedly refused a referral for an Indian couple who wanted to abort a healthy unborn baby girl at 19 weeks, simply because they wanted a boy.

Dr Mark Hobart, 55, has been under investigation by the Medical Board of Victoria for five months, accused of having committed an offence under the state’s controversial Abortion Law Reform Act of 2008.

His patient and her husband requested a sex-selection abortion after an ultrasound determined their fetus was female.

They only wanted a boy, the husband told Dr Hobart, who, as a practising Catholic, had a conscientious objection to providing the abortion.

Under Victorian law, he was obliged to refer the patient to a doctor he knew would terminate the pregnancy.

But Dr Hobart doesn’t know any doctor who would agree to abort a healthy baby for sex selection reasons.

“The general response from my colleagues is disbelief and revulsion,” he said.

In any case, a referral is not necessary for an abortion. Hobart’s patient independently procured the abortion a few days later. Neither she nor her husband made any complaint.

But Dr Hobart now finds himself subject to a star chamber inquiry by the Medical Board of Victoria.

The complaint about his conduct was generated by members of the board itself, a so-called “own Motion” .

Yet Dr Hobart’s repeated requests for the identity of his accusers and the substance of the complaint have been rebuffed by the board and its parent body, the Australian Health Practitioners Regulation Agency.

She says he “is at risk of losing his licence to practice medicine because the secrecy of the [board] is making it difficult for him to defend himself.”

In the statement, Dr Hobart lays out the facts of what can only be regarded as an oppressive state-sponsored persecution, a “trial by faceless men and women who are to be both accusers and judges in their own case…

“I believe I have done nothing wrong to warrant this oppressive conduct.”

The board has told him the basis of the investigation is a Herald Sun article in April in which he disclosed that a patient had asked for a sex-selection abortion. The context was a bill sponsored by the Democratic Labor Party’s John Madigan to remove Medicare funding for sex-selection abortions.

At the time there were attempts to discredit Dr Hobart because he was a DLP member.

Hobart has since resigned from the party.

Three weeks after the story appeared, he received a letter from AHPRA advising him the Board had initiated an inquiry into “your professional conduct, following receipt of information that indicates you may have… Failed in your obligation to refer a female patient seeking treatment or advice on abortion to a non-objecting practitioner.”

The board consists of 11 people, of whom eight are medical practitioners, and three, all women, are “community members”.

The board is currently being sued by about 50 women who were infected with hepatitis C by a drug-addicted anaesthetist at a Croydon abortion clinic. The judge who sentenced Dr James Peters to 14 years’ jail criticised the board for failing to deregister or monitor him.

So you’d think the Board might have bigger issues to manage than a crusade against an honourable suburban GP.

AHPRA has told Dr Hobart that “some” members of the board initiated the “Own Motion” against him at a meeting on 9 May, and that a majority of members present voted in favour.

Dr Hobart says the investigation “affects you… You get anxious and think, ‘Am I doing the right thing?”

“But I cannot find any reason why I should obey this law. It’s just plain wrong.”

The irony is that Victoria’s abortion laws, among the most extreme in the world, were driven by a bipartisan feminist agenda. Yet now those laws are being used to punish a doctor who refused to participate in the sort of selective abortion of female fetuses which has made girl babies an endangered species in India and other patriarchal societies.

For the patient, at least, there is a happy ending.

She became pregnant again, but refused to find out the sex.

Her baby is due today, and only when it is born will the father know if he has a son or another daughter. 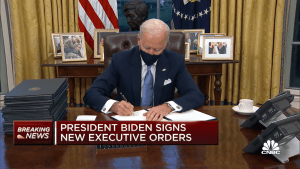 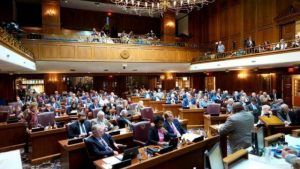 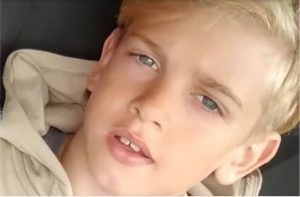