Because of its welfare state and gender equity policies Sweden has become a beacon of progressiveness in everything that affects women. But there is one kind of woman the Scandinavian state seems to have no time for: a health professional who objects to abortion.

Two years ago Ellinor Grimmark completed a midwifery internship at Hoglandssjukhuset women’s clinic in southern Sweden, but because she told the management that she had a conscientious objection to performing abortions, she was denied further employment there. 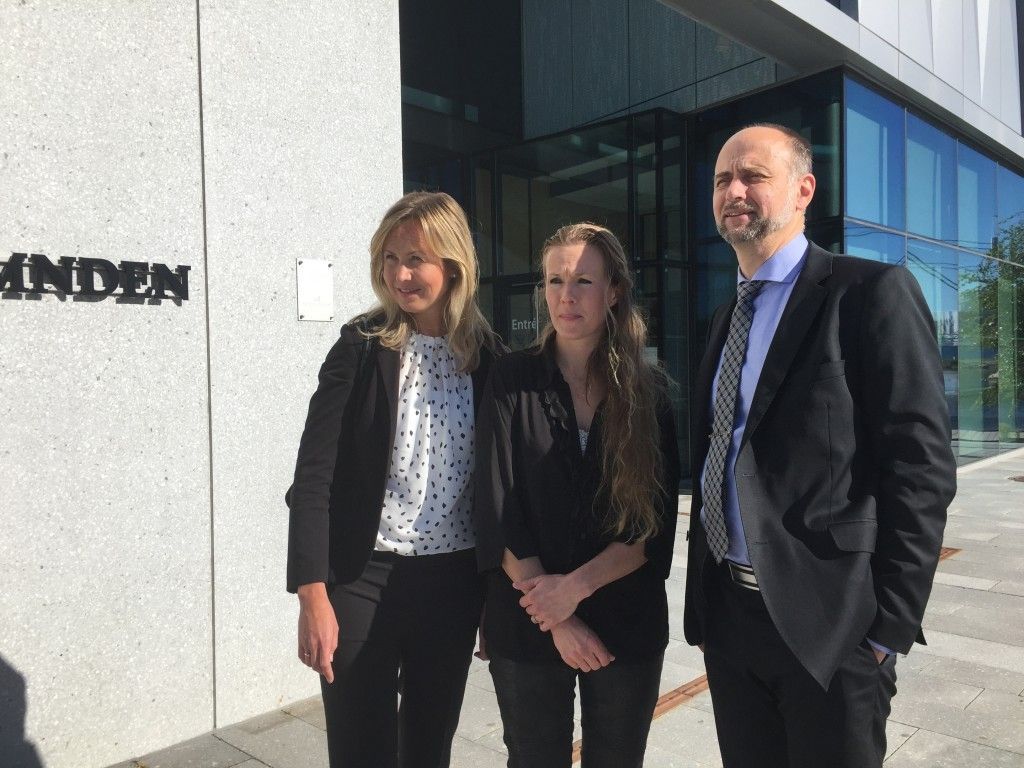 A voicemail message from the head of the maternity ward informed her that she was “no longer welcome to work with them”, and she was challenged about “whether a person with such views actually can become a midwife.” Her student funding was also cancelled.

Mrs Grimmark was subsequently turned down for employment at another clinic, where she was told that a “person who refuses to perform abortions does not belong at a women’s clinic”.

Finally she was offered a job at the Varnamo Hospital women’s clinic. But by then she had filed a civil rights complaint against the Hoglandssjukhuset clinic with the local Equality Ombudsman, and when the media got wind of it Varnamo withdrew its offer.

These days Mrs Grimmark practices her profession in Norway, where her conscience rights are respected, but her case is by no means closed.

The Ombudsman’s ruling held that she was not being discriminated against for her pro-life views but for not being available to fulfil the job description, thus threatening the “availability of abortion care” and the “protection of health” of patients requiring an abortion in Sweden.

Represented by the organisation Scandinavian Human Rights Lawyers, she then took her case against the county where the Hoglandssjukhuset clinic is located to the Jonkoping District Court, at the same time seeking compensation for damages and discrimination – a total of 140,000 Swedish kronas (around $20,000 USD).

Last week that court acknowledged that Mrs Grimmark’s rights had been infringed, but it still ruled against her, saying that maternity centres have the right to define job descriptions and a “duty to ensure that women have effective access to abortion.” The court also ruled that she is liable to pay for the other party’s legal costs, which will amount to more than USD $109,000.

The US-based Alliance Defending Freedom, which filed an amicus brief on behalf of Mrs Grimmark, regards this order as calculated to scare others who might follow her example. She is now working as a midwife in Norway, where her conscience rights are respected, but her wages are unlikely to measure up to such punishing costs. Her husband has launched an appeal for funds on Facebook.

There are, however, solid grounds for an appeal, as her senior counsel, Ruth Nordstrom, has indicated. She said it was disappointing that the lower court had “decided not to examine the right of freedom of conscience according to international law and the European Convention on human rights, at all.”

The fact is that freedom of conscience is a fundamental human right protected by the 1950 European Convention on Human Rights and Fundamental Freedoms (ECHR), signed by Sweden in 1993. Article 9 (2) states:

“Freedom to manifest one’s religion or beliefs shall be subject only to such limitations as are prescribed by law and, in a democratic society, are necessary with regard to the general public safety or the protection of public order, health or morals or for the protection of other rights and freedoms.”

Is Sweden’s democracy and public health so fragile that it cannot stand the odd health worker being exempted from the grisly business of killing unborn babies?

It’s true that the country seems to have a pressing need for abortion – one in every two women who get pregnant during their lifetime has a termination. This gives Sweden the highest rate in Scandinavia and one of the highest rates in the world – especially among teenagers, who are schooled in birth control rather than abstinence.

Perhaps it is Sweden’s famously liberal sexual culture that makes it so defensive of abortion rights. Writing in National Review in May, Jacob Rudolfsson of the Swedish Evangelical Alliance noted:

* The Swedish Association of Health Professionals has offered no support for Ellinor Grimmark, since it is committed to abortion.

* “Only one hospital has offered her ‘assistance’, and it was for a counsellor to help her ‘overcome her aversion to abortion’ …”

* One local health administrator has declared that he “would gladly stand in the front with a baseball bat to prevent” conscientious objectors working in his hospital.

* Mona Sahlin, the national coordinator against violent extremism, has declared that “one who refuses to participate in abortions is an extreme religious practitioner,” one who is simply “on a different level from the Islamic State”.

Did you get that? A pro-life Swede is just a few notches down from jihadi terrorists, on the same scale.

And yet, says Rudolfsson, when the current Abortion Act was drafted in 1974, assurances were given that medical workers would, for ethical or religious reasons, be able to opt out of participating in abortions. “Forty years later, the consensus has changed.”

‘Consensus’ may carry the day, but whose consensus?

But this freedom-stifling “consensus” actually puts Sweden out of step with a 2010 resolution of the Parliamentary Assembly of the Council of Europe that states:

“No person, hospital or institution shall be coerced, held liable or discriminated against in any manner because of a refusal to perform, accommodate, assist or submit to an abortion, the performance of a human miscarriage, or euthanasia or any act which would cause the death of a human fetus or embryo, for any reason.”

Clear enough, surely, but Sweden has wriggled around resolution 1763 by arguing that it is “soft law” and that it interferes with its own laws guaranteeing abortion within certain limits. At the same time it argues that a midwife’s participation in abortion is required by the (older) ECHR provision that “the interests and rights of individuals seeking legal medical services are respected, protected and fulfilled.”

Legal battles have also been waged in Scotland, Poland, Croatia and Norway, but according to ADF, even last week’s Swedish court acknowledged that the majority of European states allow for rights of conscience for doctors and nurses.

And according to Swedish legal scholar Reinhold Fahlbeck, the stronger the European consensus, the less wriggle room there is for Sweden — or other holdout states.

That consensus just got stronger with a ruling from Poland’s highest court, the Constitutional Tribunal, last month recognising the rights of all medical staff to not perform abortions, based on their conscience. It further ruled that neither would they be required to refer women seeking abortions to physicians who would perform them.

ADF notes that the Polish ruling “significantly raises the stakes in Ellinor’s case, as a victory could define conscience rights for all European medical workers.”

It would also allow some fresh air to blow through the stifling conformity of Sweden’s sexual culture which depends so heavily – and thoughtlessly, it seems – on extinguishing human life. Even for women’s equality, this is too high a price.