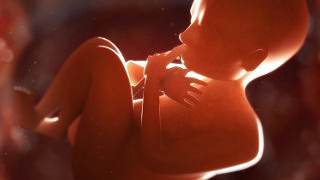 August 15th, 2013
www.christianconcern.com/
The Irish government has told a Catholic hospital that it must carry out abortions to fall in line with a new abortion law.
The Irish health minister made the comments in response to remarks made by a board member of Mater Misericordiae University Hospital to the effect that the hospital would not comply with the new abortion law.
The hospital was one of 25 institutions listed in the so-called “Protection of Life During Pregnancy Act” where abortions must be provided.
Ethos
Fr. Kevin Doran, a board member at the hospital, said: “The issue is broader than just abortion. What’s happening is the Minister is saying hospitals are not entitled to have an ethos.
“The Mater can’t carry out abortions because it goes against its ethos. I would be very concerned that the Minister [for Health, James Reilly] sees fit to make it impossible for hospitals to have their own ethos.”
The Department of Health has responded by stating that the right to conscientious objection applies only to individuals, not institutions.
A spokesman said: “While the legislation does provide such a right to an individual, it does not apply to a hospital.”
But Fr. Doran argues that European law protects religious organisations from having to act against their ethos.
He said: “I believe that Catholic voluntary hospitals as a body must make it clear, both to legislators and to their own staff, that while they will always provide life-saving medical treatment for women in pregnancy, they will uphold their ethos and will never facilitate or tolerate the deliberate termination of human life, at any stage.”
Legal landscape
But Liam Gibson, development officer for the Society for the Protection of Unborn Children (SPUC) in Northern Ireland, thinks that the legal situation is serious for hospitals in Ireland which refuse to carry out abortions.
“The government has made it absolutely clear that they are not going to allow any latitude on the obligation to conduct abortions in all the named hospitals,” he said.
“They don’t recognise any conscientious objection for institutions on the grounds that abortion is a ‘human right,’ so conscientious objection doesn’t apply.”
Gibson expects some form of legal action but was wary, saying: “There are several options, but there is no magic bullet that will wipe out the legislation or overturn it.
“It will be a long and difficult process to reverse it either in the courts or through the political process.”