Former clinic worker Zlata blogs about her time in the abortion industry:

I remember assisting, once in particular, in the operating room at the clinic where I had been a medical assistant for six years. I was standing behind the doctor and could see everything as he was performing an abortion on a woman who was 20 – 22 weeks pregnant. (Photo of unborn baby at 20 weeks below right).

ultrasound3d29Late term abortions were usually a two-day process. On the second day the actual abortion was performed. The doctor first removed the laminaria and was then able to reach in with forceps to pull the baby out piece by piece. This procedure is very hard to do and requires a good deal of strength on the part of the doctor.

On that particular day, from my position I was able to see him extracting perfectly formed little arms, legs, toes, fingers, spine and finally the head.

I could see the baby’s face. I don’t know how to describe what I felt at that moment. I realized that we just killed a human being. But at the same time I thought: it is legal, so it must be all right. But my whole being was just screaming against what I just saw. I felt death. I was ashamed and confused as I was staring at the bloody parts of the baby. I can even say I felt the presence of the devil. It was very disturbing. My mind was so blinded by the darkness in it I was unable to do anything.

Sometimes I think about that day and feel that I should have run away, or tried to stop this madness. What were we doing, as medical professionals, as human beings? What happened to our hearts? Where was our compassion?

If this baby had been born prematurely at 20 – 22 weeks it would have had a chance to live. I thought, “People, think about what are you doing. What am I doing?” Think about the consequences of this abortion. Imagine this is you. Imagine you are in the most secure place you could be, in your mother’s womb. You have no idea how cruelly your life will end, how you will be torn to pieces. We betray our children. We interrupt their precious lives so abruptly, so unexpectedly. You think abortion brings relief, but instead it brings emptiness, shame, pain, regret, feelings of death. For six years abortion was the way I put bread on my table. For six years it was my life…

This is only the beginning of my story. My heart is burning more and more to tell everyone the truth. You are going to be hearing from me many, many times. I pray that God, the only God that we all have will open your hearts and give you wisdom and passion to stand up and speak up! 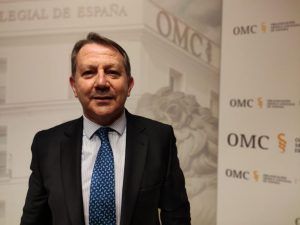