Late Tuesday night, the Supreme Court temporarily halted a pro-life Texas law that stopped abortions at more than a dozen abortion clinics across the state.

That came after an appeals court, earlier this month, allowed the enforcement of a Texas pro-life law credited with closing multiple abortion clinics and cutting abortions 13 percent, saving an estimated 9,900 babies from abortion.

The legislation, House Bill 2 (HB2), requires abortion facilities to meet the same safety standards of other Ambulatory Surgical Centers in the state, ensures that abortionists have admitting privileges at a local hospital, and bans painful late abortions on fully formed babies. The admitting privileges portion of the law was the portion responsible for closing abortion clinics and, because so many shut down or stopped doing abortions, Judge Lee Yeakel previously claimed that constituted an undue burden on women.

Although the decision is disappointing for pro-life advocates, Alliance Defending Freedom attorney Casey Mattox put it in context in an email to LifeNews.

“The Supreme Court’s decision only temporarily and partially prevents the Texas law from going into effect while the 5th Circuit finishes hearing the case. While that is disappointing, it should cause no great alarm. The state’s requirement against cut-and-run abortionists remains in effect for all but two abortion facilities. The restriction on abortions after 20 weeks on unborn children who can feel pain was never challenged and remains in effect today. Likewise, the limitations on chemical abortions up to seven weeks gestation and prohibiting abortionists from sending women home alone to abort have been upheld and remain in effect. We remain confident that the entirety of Texas’s law will ultimately be upheld.”

National Right to Life, whose Texas affiliate is one of the prime supporters of the pro-life measure to protect women and stop abortions, has more on the high court’s ruling:

With three justices dissenting, the Supreme Court tonight blocked parts of H.B. 2, the 2013 omnibus pro-life bill, from taking effect. Justice Antonin Scalia, Justice Clarence Thomas, and Justice Samuel A. Alito Jr. said they would have allowed the entire law to be enforced.

As NRL News reported, a three-judge panel of the 5th U.S. Circuit Court of appeals in early October upheld the requirement that abortion clinics meet the same building standards as ambulatory surgical centers

However the High Court’s five-sentence-long order tonight vacated that part of the decision reached by Judges Jennifer Elrod, Jerry Smith, and Stephen Higginson. It will allow the clinics to remain open while appeals proceed.

Operation rescue, which has been closely following the case, informed LifeNews that the ruling “will allow the 14 abortion clinics to reopen that closed earlier this month by a decision of the Fifth Circuit Court of Appeals.”

In addition to blocking the requirement that abortion clinics must meet Ambulatory Surgical Center standards, it also waived hospital privilege requirements for abortionists at clinics in El Paso and McAllen, but left that requirement in place elsewhere in the state.

“This decision by the Supreme Court places the profits of abortion businesses that cannot meet inimum safety standards above the lives of women,” said Troy Newman, president of Operation Rescue. “We have seen first-hand through our investigations in Texas the conditions and practices that endanger women every day. We take some hope in the fact that this ruling is only temporary. We remain confident that the Texas law will be upheld once all the evidence is presented.”

Operation Rescue discovered that nearly 1,000 Texas women were being hospitalized each year in Texas prior to the passage of the clinic safety law, HB2. This was in sharp contrast to the false claims of safety put forth by the abortion facilities that sued to block the law.

Newman continued: “We also discovered that once the abortion clinics closed, there was very little delay in scheduling abortions, contrary to what the abortion businesses say. In some cases, they offered abortions the next day, so the argument that closing abortion facilities created an ‘undue burden’ is completely false.”

Planned Parenthood did not challenge the law’s prohibition on abortions that take place at 20 weeks or later, a provision based on evidence that demonstrates the baby can feel pain at that stage. Pro-life Texas Gov. Rick Perry signed the omnibus HB 2 bill into law in July 2013.

When the panel reviewed the bill, they found that the state acted within its prerogative to regulate the medical profession by heeding these patient-centered concerns and requiring abortion practitioners to obtain admitting privileges at a nearby hospital. The state also found that it would be safer for patients to drive further to receive an abortion at a surgical facility with a credentialed and privileged physician than to seek an abortion at a nearby, substandard clinic. The bottom line is women deserve better than substandard care.

Additionally the opinion written by Judge Edith Jones explained why admitting privileges are necessary. She said, “Requiring abortion providers to have admitting privileges would also promote the continuity of care in all cases, reducing the risk of injury caused by miscommunication and misdiagnosis when a patient is transferred from one health care provider to another.”

Judge Jones also noted that Planned Parenthood conceded that at least 210 women in Texas annually must be hospitalized after seeking an abortion.

Abortion is not a safe medical procedure.

Although abortion proponents argue that having an abortion is like having a tooth extracted, forty-two years of choice has not served women well. From botched abortions and injured women, to decades of psychological pain, infertility, and higher chances of developing breast cancer, women deserve to know the truth about the so-called “five-minute, painless” abortion.

This legislation acknowledges the fact that abortion hurts women and mandates that the state implements measures to ensure that women are given the highest standard of care possible. This is especially necessary in scenarios where women experience complications from abortion, such as hemorrhage, uterine perforation, or infection from an incomplete abortion. In the past, the delay in care has caused women unnecessary trauma, injury, and even death.

For example, a Chicago woman died at a Planned Parenthood facility after a botched second trimester abortion because she did not receive immediate care after an abortionist perforated her uterus. 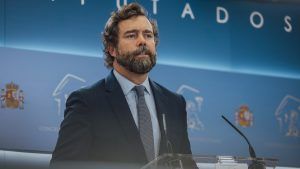 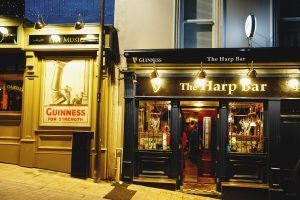 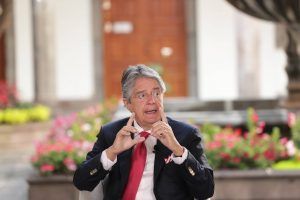 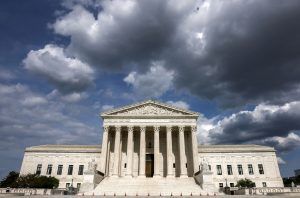 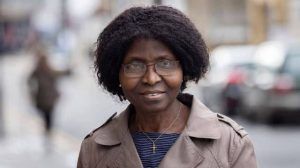